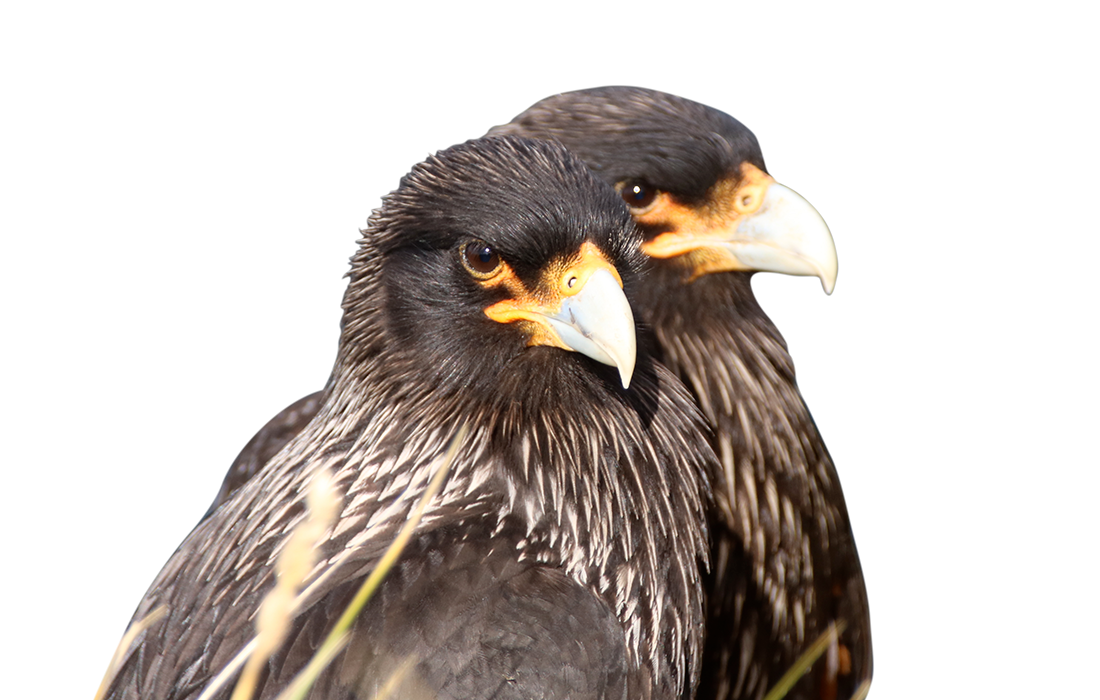 On the Falkland Islands there are a number of scavenging/predatory birds, including the Striated Caracara (Phalcoboenus australis), and Southern Caracara (Caracara plancus).

The Striated Caracara is listed as Near Threatened due to its highly restricted global population range and relative small population size.

The Southern Caracara are widespread across South America, and for this reason are not focal species for conservation concern at the Falkland Islands.

It breeds mainly on uninhabited islands and sparingly on West Falkland coasts. Nests are built in cliffs using twigs and vegetation lined with grass and wool.

Up to 4 eggs are laid during October and November, with most chicks fledging in February.

Sexes are similar in appearance, with juveniles gaining adult plumage in four years. 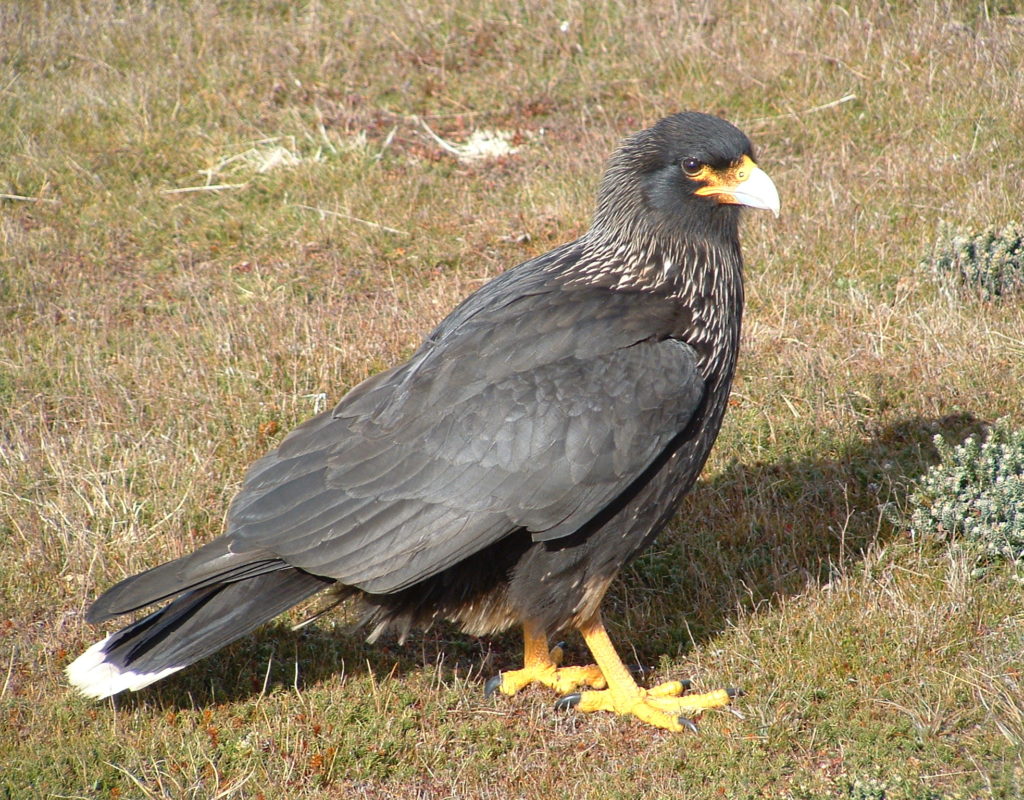 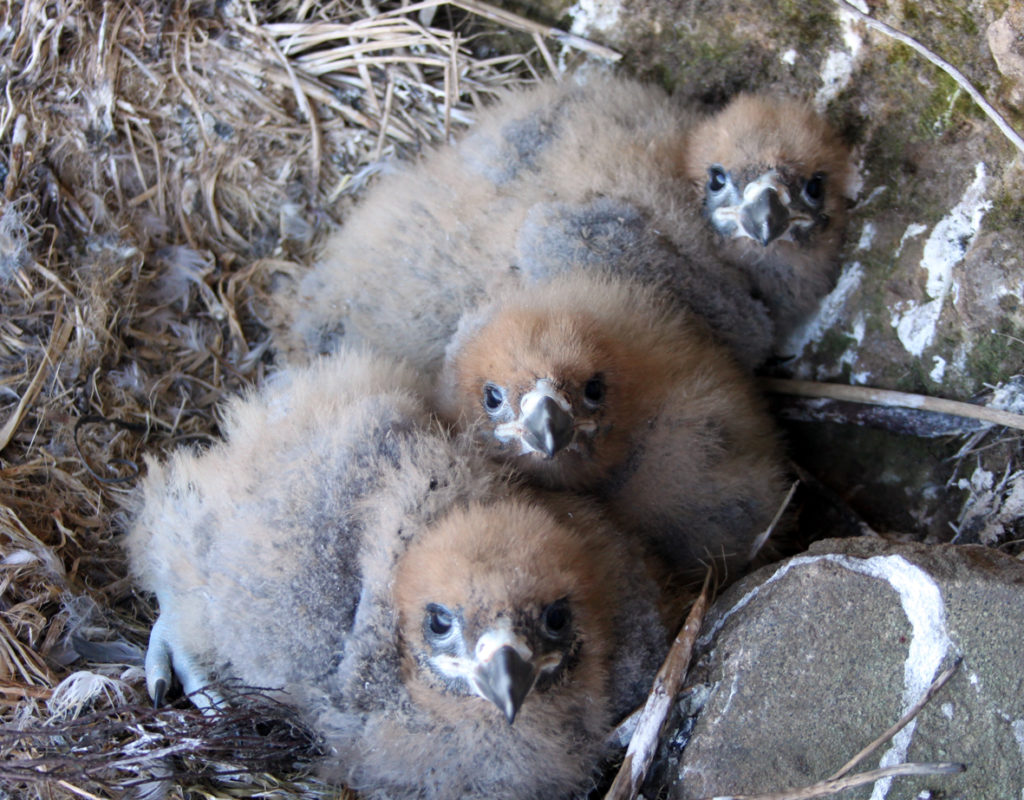 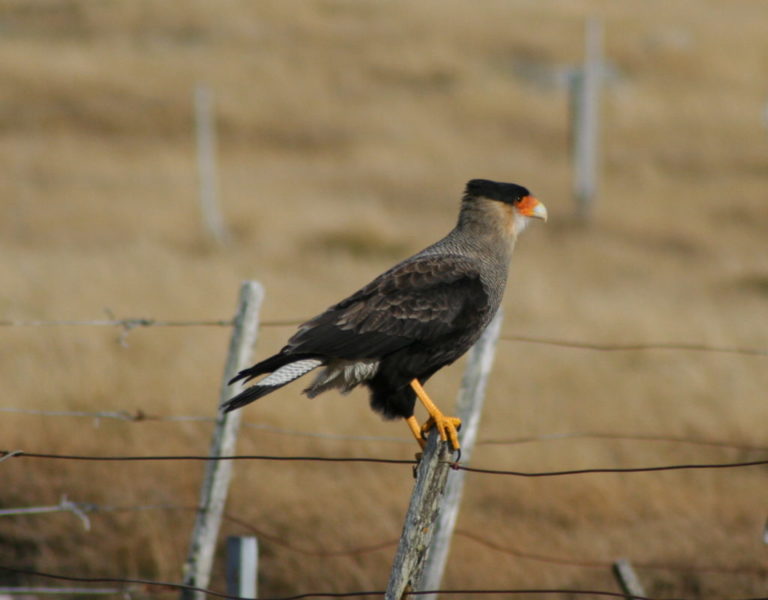 Locally known as the ‘Carancho’, the Southern (also known as the Southern Crested) Caracara, has a breeding range of the Falklands and South America. It is found throughout most of the Falklands, but is not abundant in any area. Favoured nest sites are rocky outcrops, especially on mountain crags. Large nests are constructed from twigs and grass lined with wool, and 2 to 3 eggs are laid during September or October. 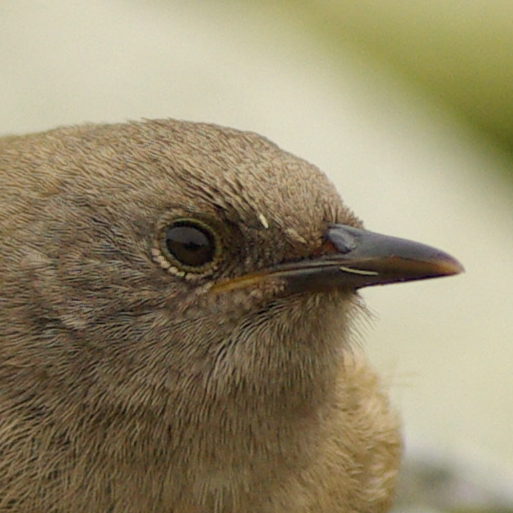 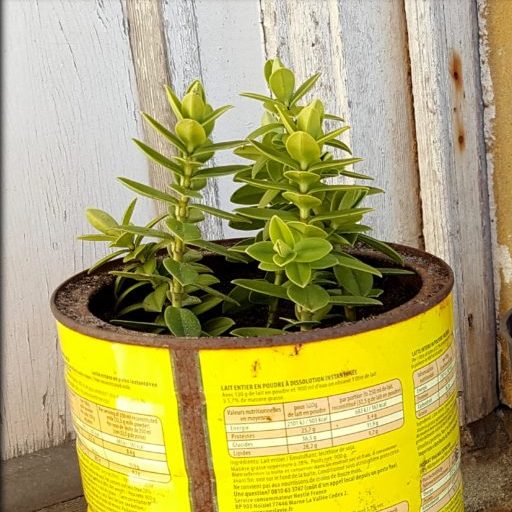