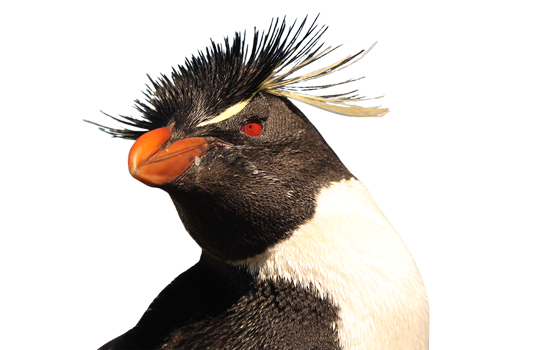 The incidence of wildlife diseases is an emerging concern for the health of wildlife in the Southern Oceans and could become exasperated with climate change. Previously remote wildlife populations were considered insular from outside pathways of disease. However, seabirds are highly mobile, travelling large distances, and at the Falklands have the potential to come into contact with other bird and domestic animal populations. Human activity through tourism and research could also aid transmission and spread of pathogens between seabird populations.

Avian Pox is the most reported disease observed in seabird at the Falklands, particularly in the gentoo penguin.

It is a disease caused by strains of the avipoxvirus and it can affect both domestic and wild birds.

This extremely contagious virus can lay dormant in scabs shed from the lesions of infected birds remaining in the soil, water and feather debris around the colony.

Humans can act as a pathway for contamination as soil can infect boots, vehicle tyres, bags and equipment. 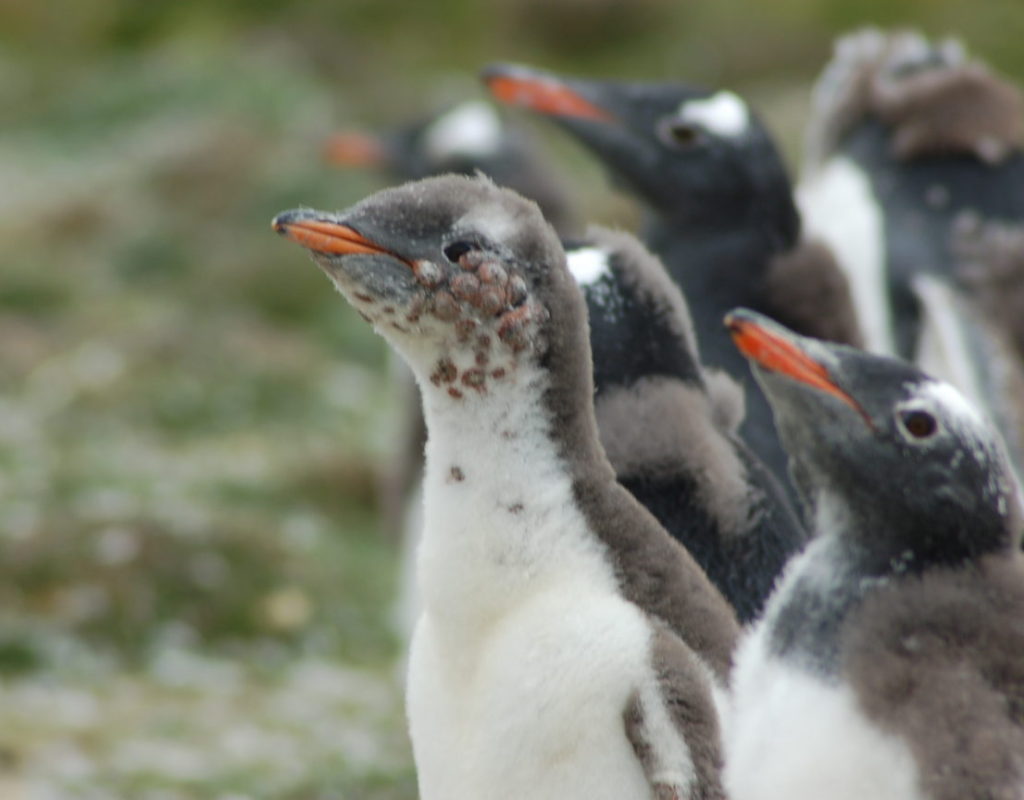 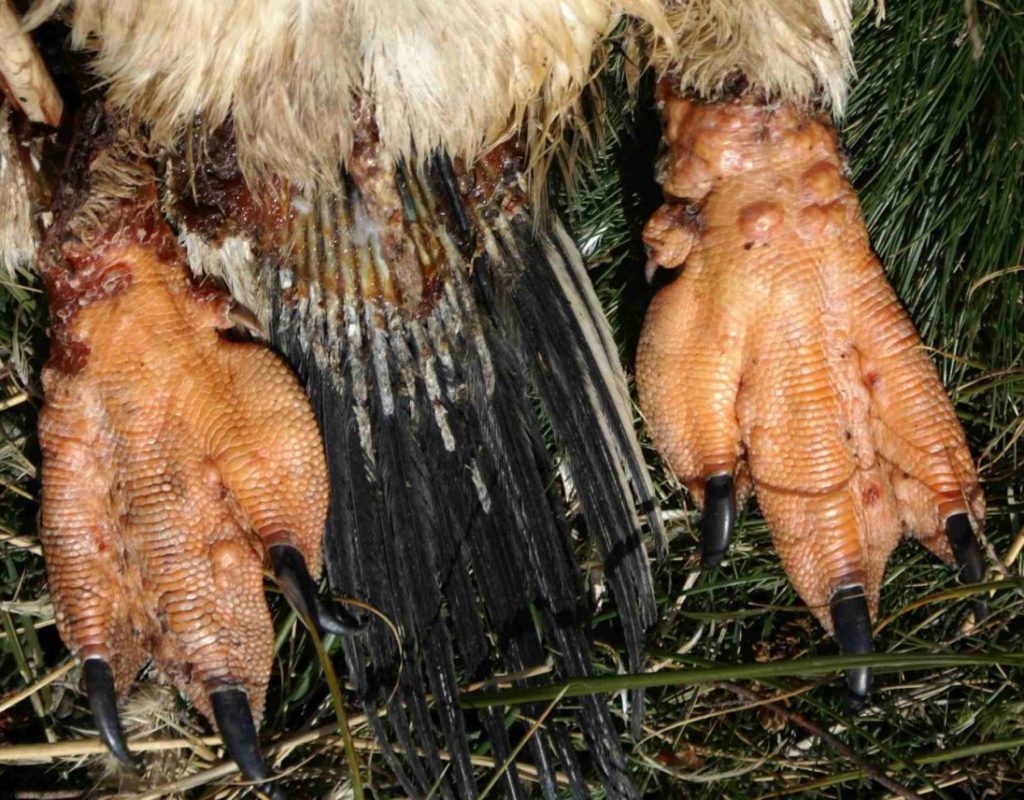 It is vital that all cases or suspected cases of wildlife disease are reported before they spread any further. A rapid response is essential in being able to understand the disease and administer site management if necessary.

Biosecurity is the best form of control to prevent spread of a suspected infection. Virkon-S is a commercial product that is a proven disinfectant against poxvirus. It can be used as a foot dip or to wipe over surfaces. 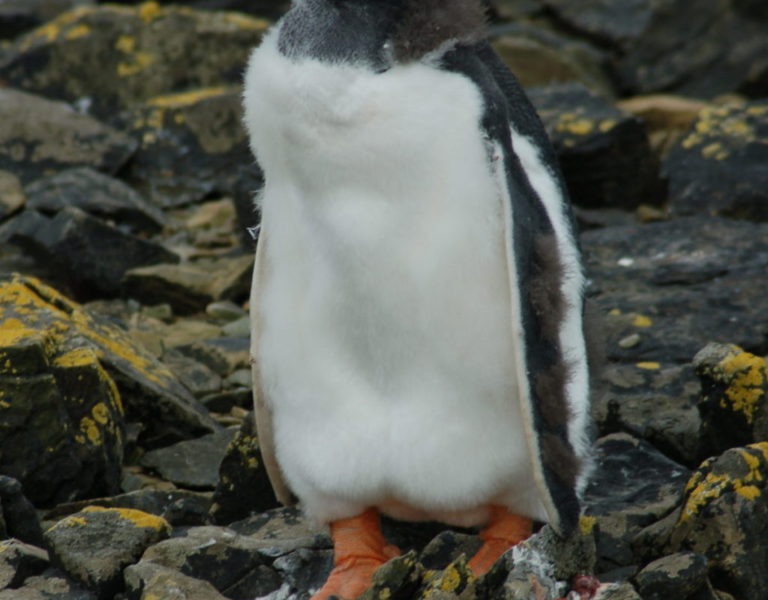 Indirect mortality can be attributed to starvation, toxic poisoning and oil spill events that occur within the oceans that are exploited by seabirds, or by atmospheric changes such as severe storm events and climate change.

Red tides or harmful algal blooms are sporadic events where phytoplankton produce toxins which can be consumed by filter feeders such as bivalve molluscs, and by a variety of zooplankton (small aquatic animals), including the juvenile stages of lobster krill, euphausids, etc, which in turn are eaten by seabirds, fish and squid. The suspected last red tide event at the Falklands was during the breeding season of 2002/2003 with numerous reports of birds exhibiting clinical signs of illness and dying or dead birds.

At all sites where birds were affected, the observed symptoms were all the same, starting with partial paralysis of the legs making the birds wobbly, then it progressed to birds not being able to stand up anymore and finally dying. It was indicated that symptoms were evident in a range of seabirds; penguins, gulls, prions, albatross, cormorants, etc. and species with a diversity of diets were affected. 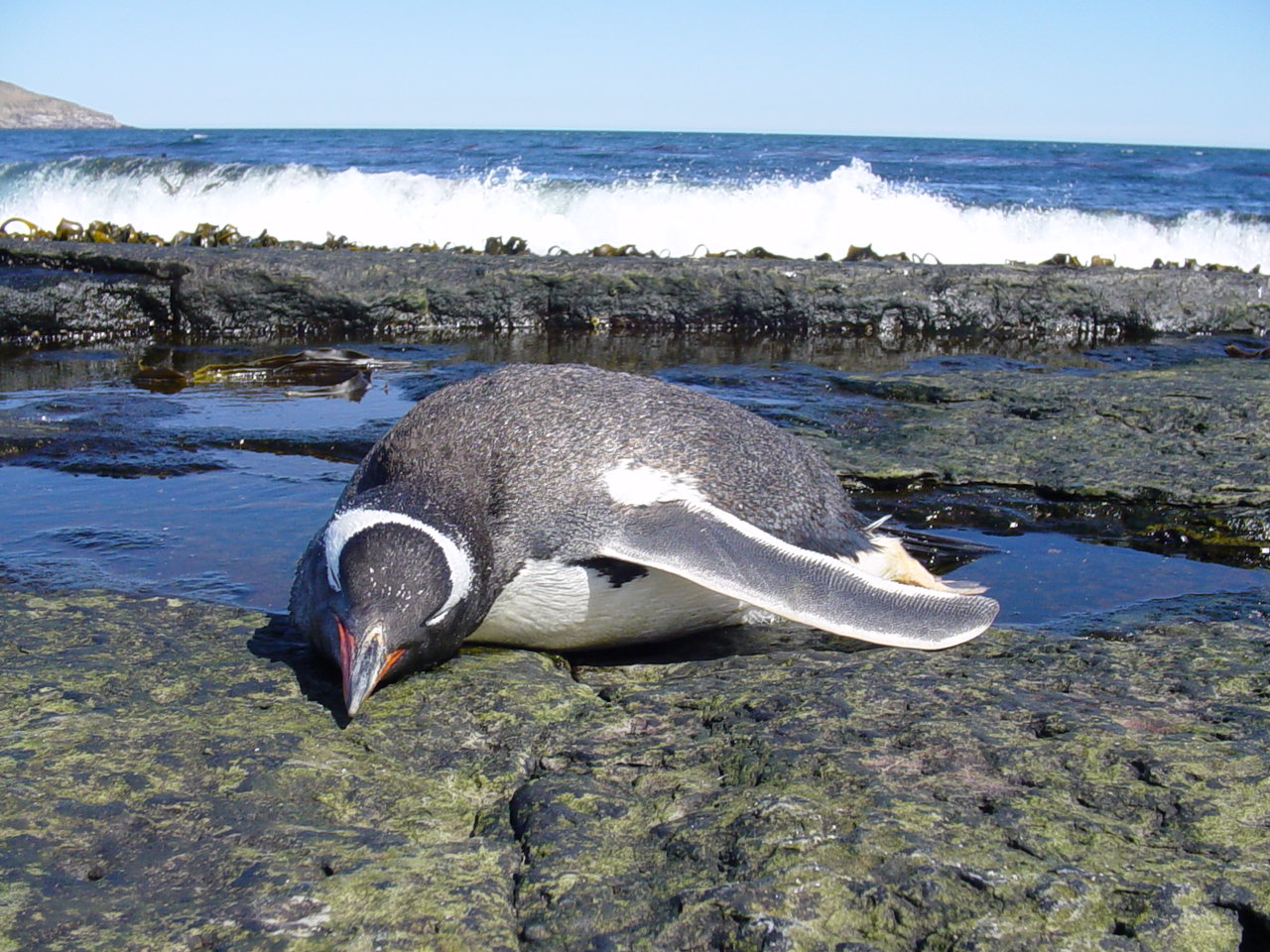 Severe storm impacts can cause mortality of seabirds at sea (wrecking) or on land. At sea severe weather can impede feeding and cause starvation, whilst on land egg and chick loss, and in rare cases adult mortality can occur at seabird colonies. At the Falklands one severe storm event was reported causing large numbers of seabird mortality during December 2010, impacting Black-browed Albatross, Rockhopper and Gentoo Penguin at the colony. Egg loss, chick loss, and adult mortality was reported. Adverse weather conditions may also reduce breeding success during the egg and brooding periods through egg loss or hypothermia in small chicks. 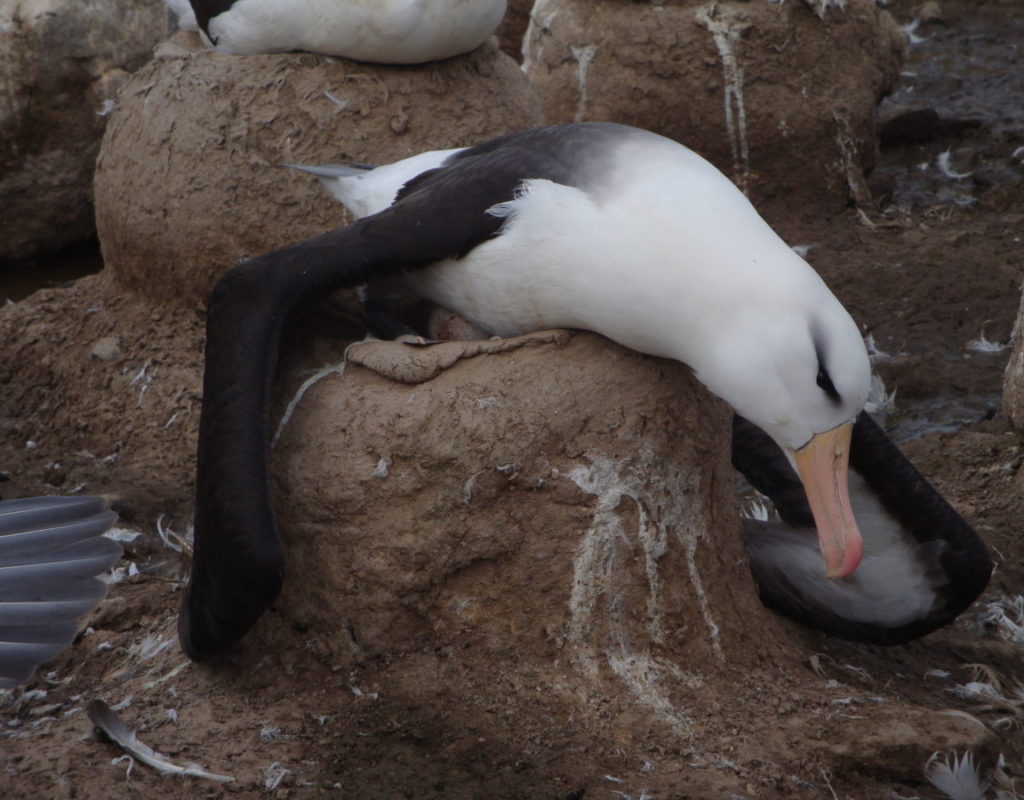 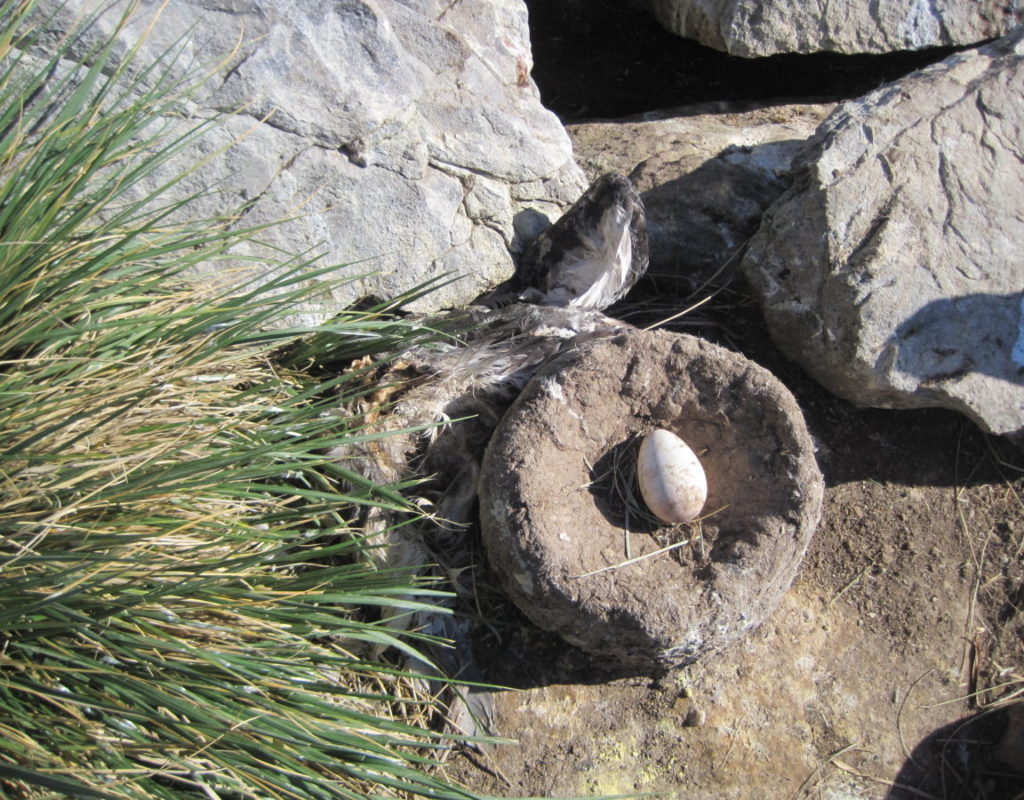