The king penguin, largest of the Falkland penguins, is at its most northern edge of its global range in the Falklands.

The Falklands population (1,500 breeding pairs) is almost entirely concentrated at one site at Volunteer Point on East Falkland. 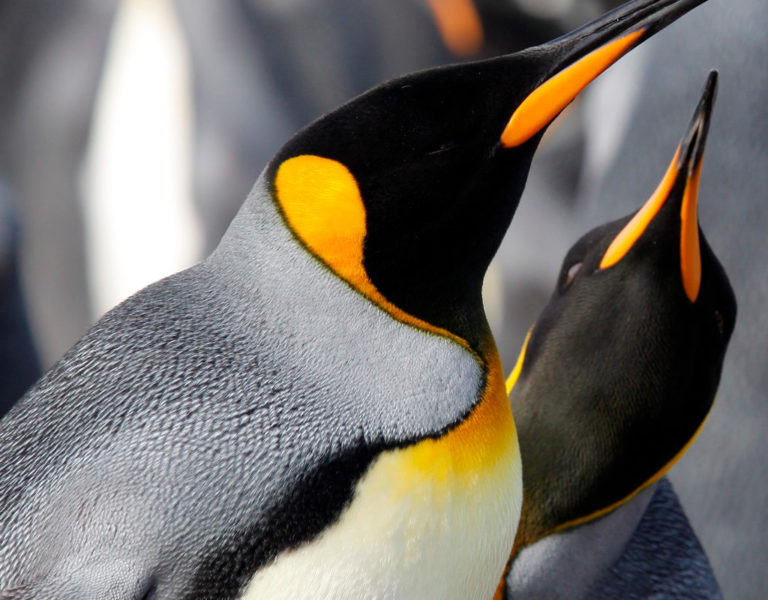 King penguins have a circumpolar distribution and also breed at South Georgia, the Crozet Islands and Kerguelen, Heard and Macquarie Islands.

The world population is estimated at 1.7 million breeding pairs.

It is thought that the Falkland king penguin population (a fraction of the global population) established with birds emigrating from South Georgia.

Around 500-700 chicks are produced each year at the Falkland Islands, the majority breed at Volunteer Point which is also an important visitor destination. 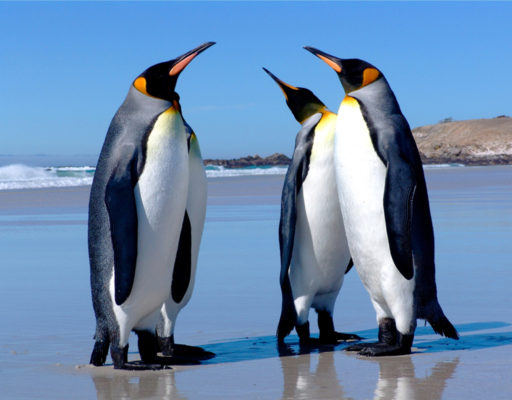 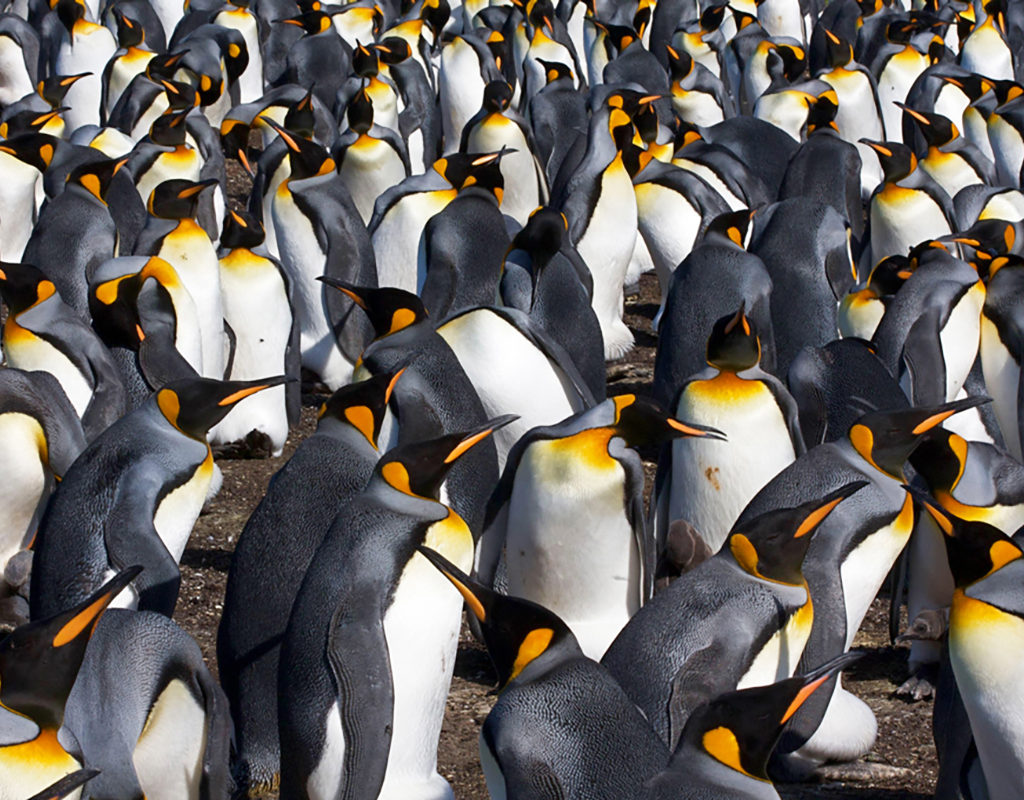 The king’s breeding cycle is the longest and most complicated of all the penguin species, lasting up to 14 months meaning that they can only raise two chicks in any three year period.

Incubation One egg is laid between November and December. It takes around 55 days to incubate the egg and is shared by both parents.

Small chick Chicks start hatching from Januray. The small chick is never left unattended and both parents share shifts of feeding and caring for the chick

Large chick (March) The large chicks group together in crèches. Both parents go to sea to bring back food for the growing chick.

Winter (April – August) Chicks stay on land for the winter whilst both parents go to sea. Adults return to the colony less frequently and chicks can lose up to 50% of their body weight.

Juvenile Moult (October – November) Parents return after the winter to carry on feeding the large chicks. The chicks begin to moult into their adult feathers.

Juvenile Depart (November – December) The juveniles have full adult feathers and are large enough to fend for themselves and will depart for the sea around November to December.

Adult Moult The adults remain on shore and after their chicks have fledged they moult their feathers (24-30 days). The adults take a year off and will breed again the following year.

King penguins are adept swimmers and divers and spend large periods of their lives at sea.

King penguins dive deeper than any other penguins diving in excess of 300m in search of their prey.

During the breeding season the penguins forage close to the Falklands, but during the winter they must look further for the food and can travel hundreds of miles in search of food. 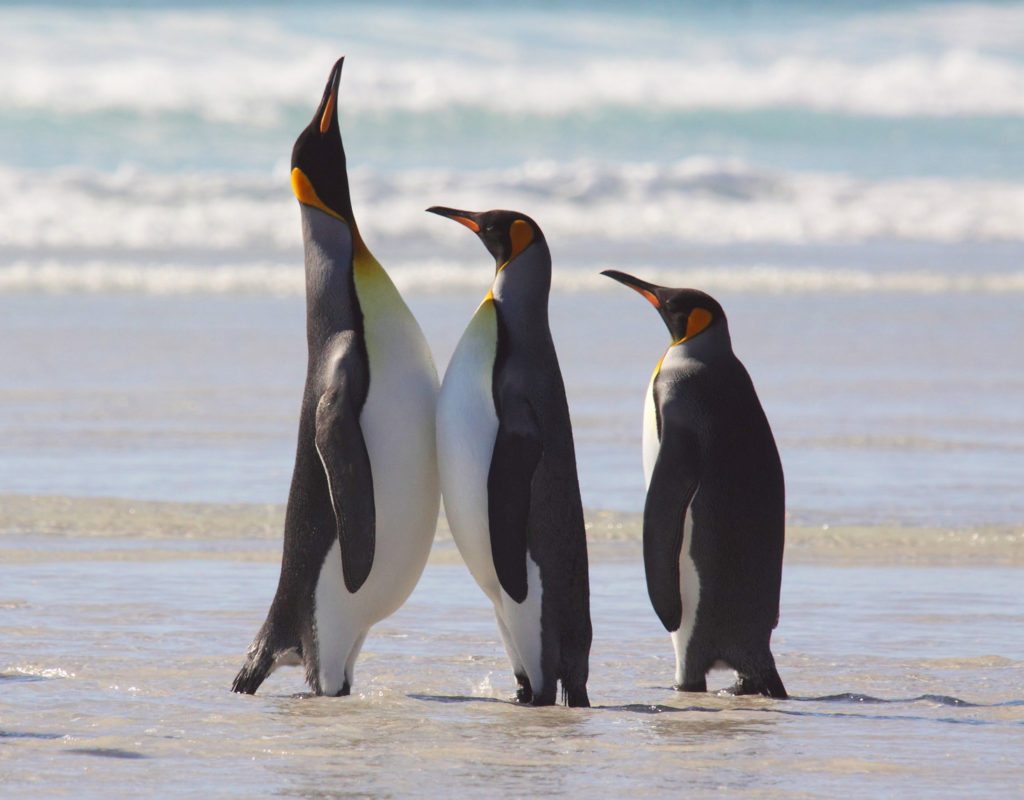 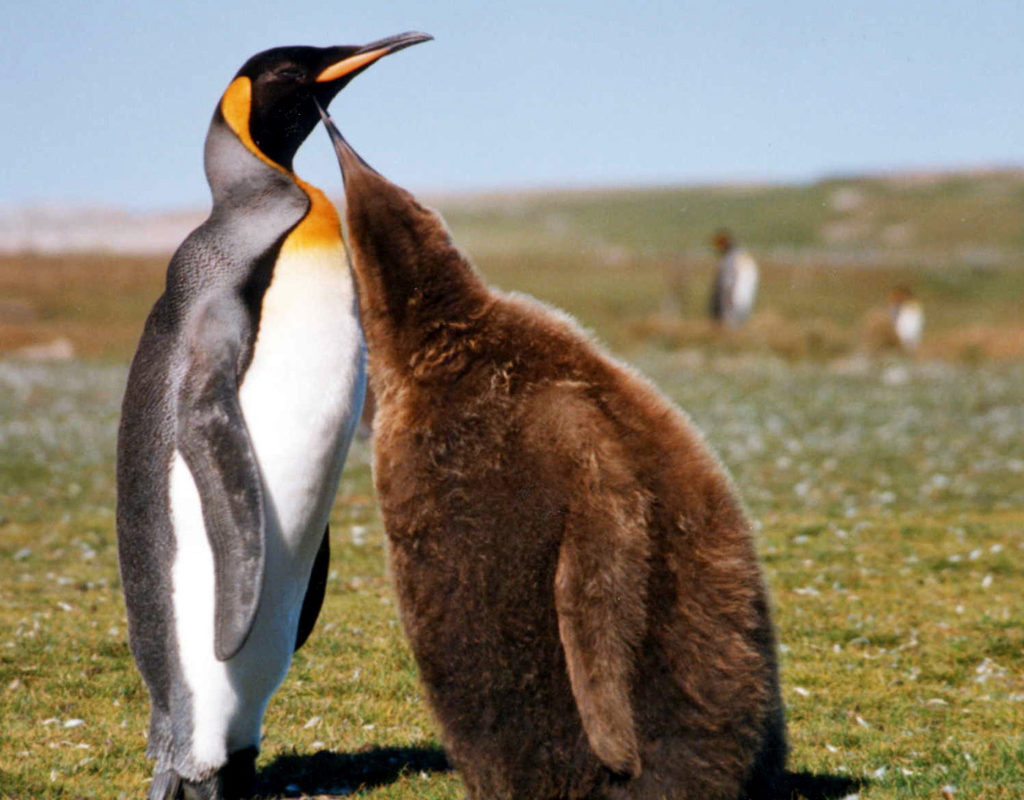 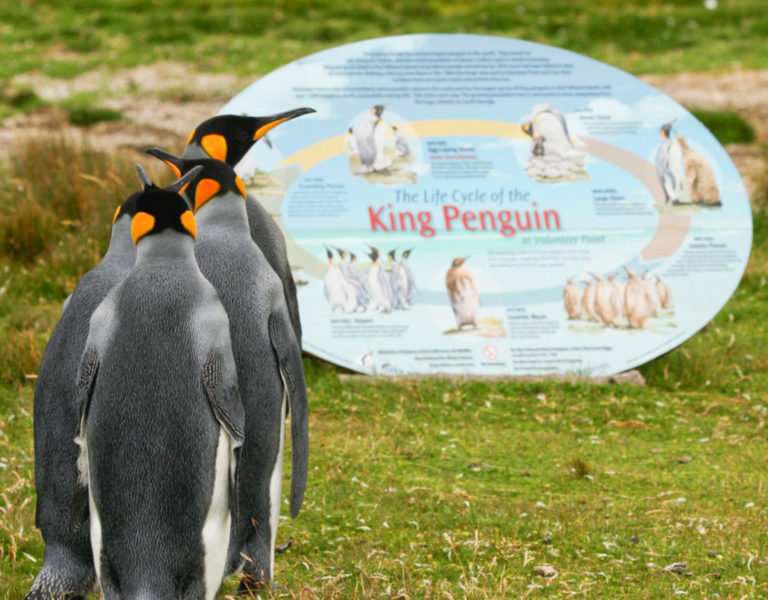 The global population size is extremely large and the population trend appears to be increasing. For these reasons the species is evaluated as IUCN Least Concern. At the Falklands their main breeding site requires careful management of visitor and tourism activities. 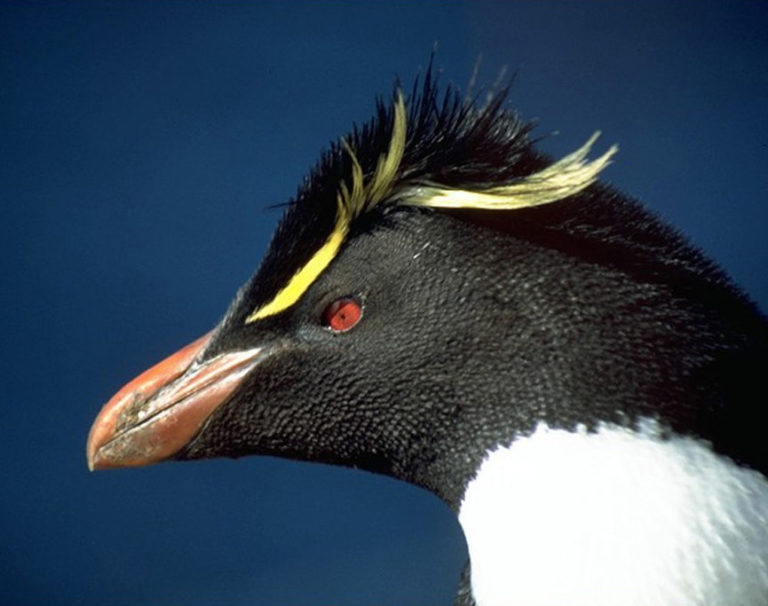 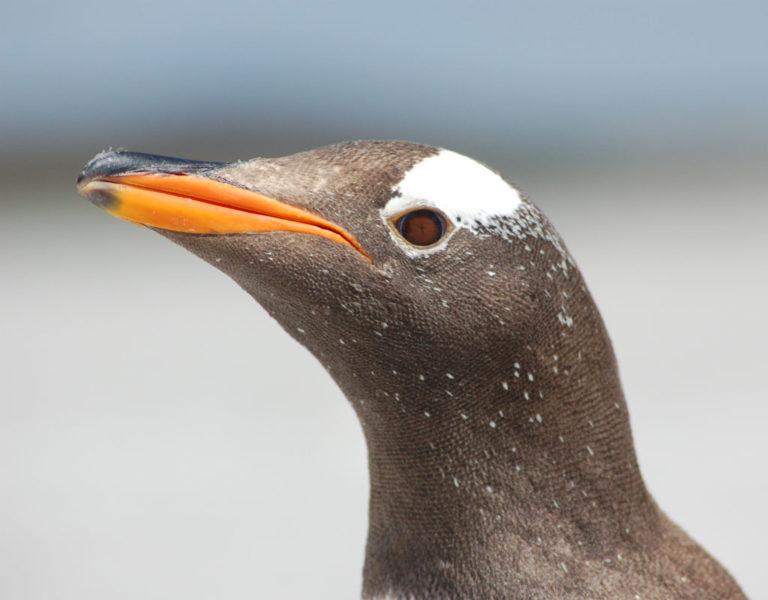 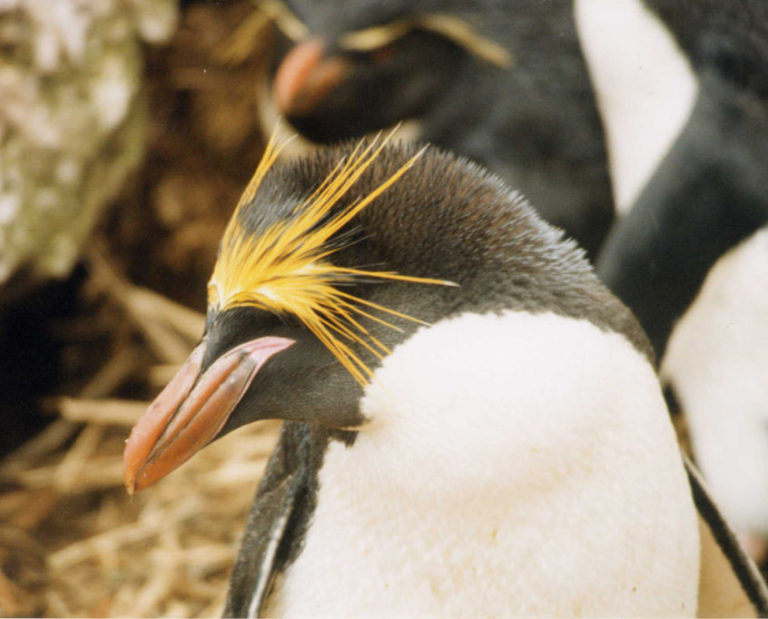